The Lady in White at the Old Collin County Courthouse

In downtown McKinney stands a tribute to North Texas history. When a new Collin County Courthouse was built, the old one became the home of the McKinney Performing Arts Center, and now provides live entertainment. Last year, the wonderful ladies that oversee MPAC provided me with a tour of the building.

The old courthouse, by order of the judicial system, belongs to the people of Collin County. Since it can never be closed off to its owners, the east door remains open 24 hours a day, 7 days a week. Its called the People's Entrance. An iron gate separates the foyer from the rest of the building when MPAC offices or theatre are closed, but the foyer with a water fountain, restrooms, literature, and media board are never closed to the public.

Ghost legends abound in many downtown McKinney buildings. Self-guided tours will take place during the McKinney Ghost Walk on Saturday, Oct. 18 and Saturday, Oct. 25 in 2014. During that time, the tale will be told of the sightings of the lady in white at the old courthouse. The courthouse was the site of the last public hanging. That, in itself, raises the eye of paranormal enthusiasts.

During my private tour, I learned the story propagated by local people of the lady in white. Frequent sightings keep the story alive. In 1890, a young divorcee, last name Winslow, was found hung in the courthouse. It was never proven whether she was murdered or if she hung herself. She lived as an outsider with the pain of isolation because of her divorce. She was known to play the organ. 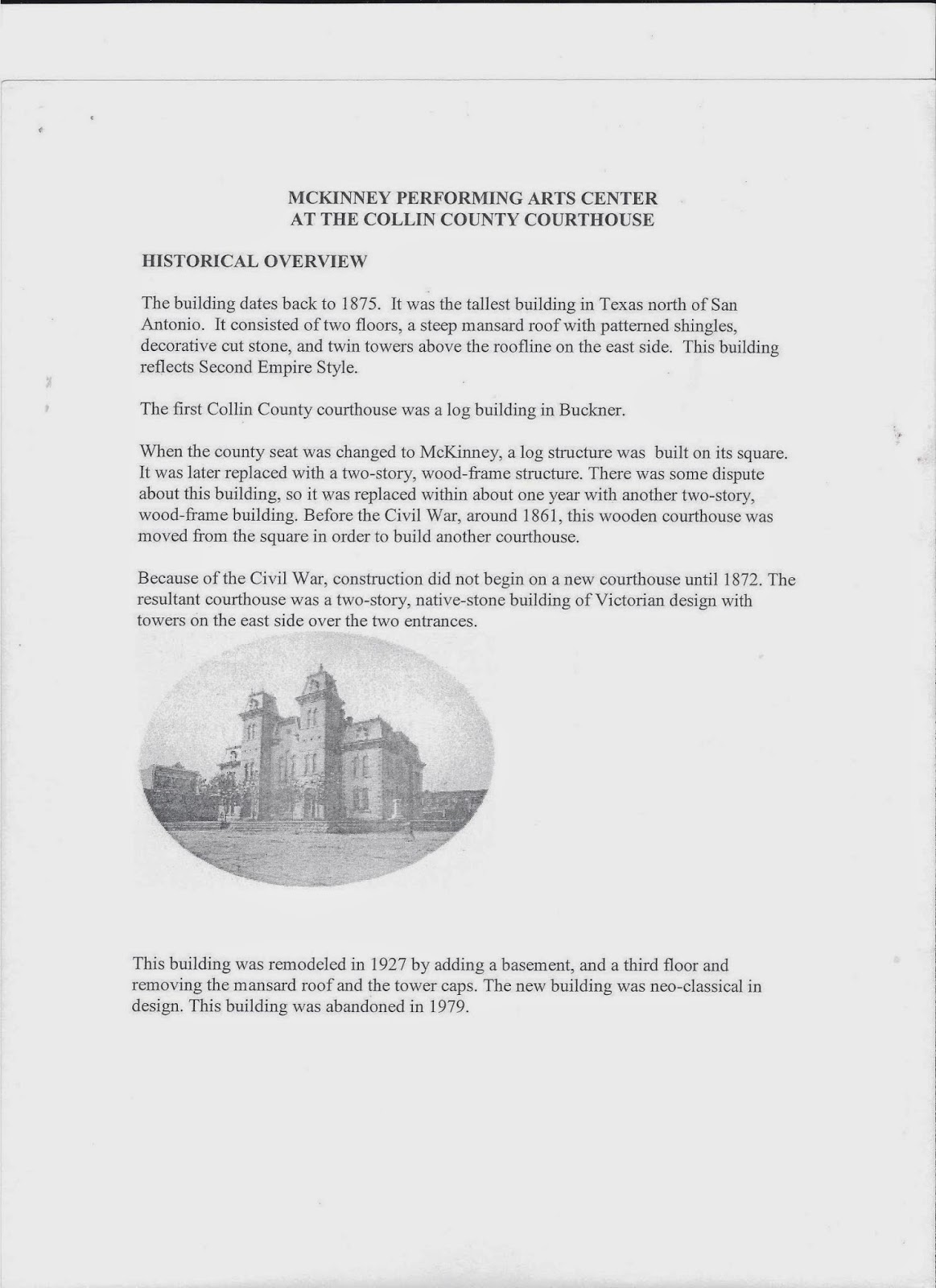 At night, organ music has been heard coming from the second floor. The theatre is located there and houses a mighty Wurlitzer - Vintage theatre pipe organ. Different ones have spotted a woman leaving the organ as they entered the theatre, but when they follow her down the hall, she disappears.

Others claim a view of the lady in white overlooking the eagle on the east side. Back in 1890 when Ms. Winslow died, the courthouse had a clear view of her home site to the east near the cotton mill. Now the bank with an eagle statue on top hides where she used to live.

The second book in my YA ghost series will be released soon by 4RV Publishing. The title is A Ghost for Shelley. Shelley, the mean, all-country girl in the first book, Victoria and the Ghost, moves to Dallas. She and her dad clean the old Collin County Courthouse. Ridden with bitterness and guilt, Shelley adds fear to her list of emotions when she is visited by the "lady in white."

That's my story. Read all about Shelley soon.

Posted by Unknown at 11:36 AM 6 comments: Links to this post

The Ghost of Clara

WEIRD WEDNESDAYS BEGIN
My first Weird Wednesday ghost tale wound its way to me several years ago when I first moved to Wichita Falls, Texas. Clara is certified as a ghost town about 30 miles northeast of town. On a lazy afternoon joy ride, my husband and I discovered Clara Cemetery, a well-cared for oasis in the middle of the sparsely-populated North Texas plains. 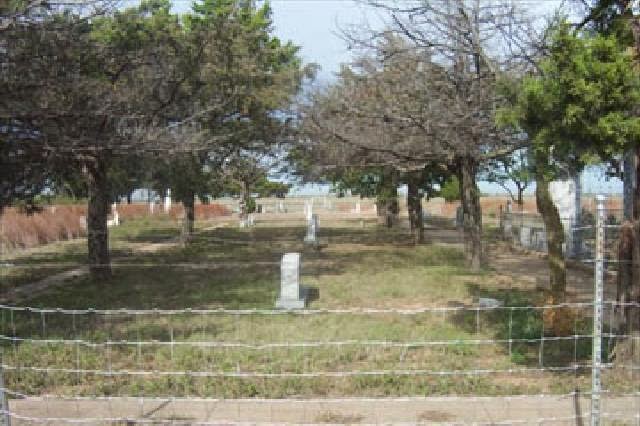 We entered the archway to the cemetery and walked the concrete paths to view graves marked mostly by German surnames. Set out in the middle of nowhere was this cemetery, a church, and a rectory. I researched the area. Many former occupants now live in nearby Burkburnett, Texas, and any children are bused into Burkburnett schools. I interviewed several such as Raymond Schroeder and Phoebe Todd. The North Texas historian, Dick Vallon, shared history on the area. The town once sported a post office, a school, a general story, and a bustling population. 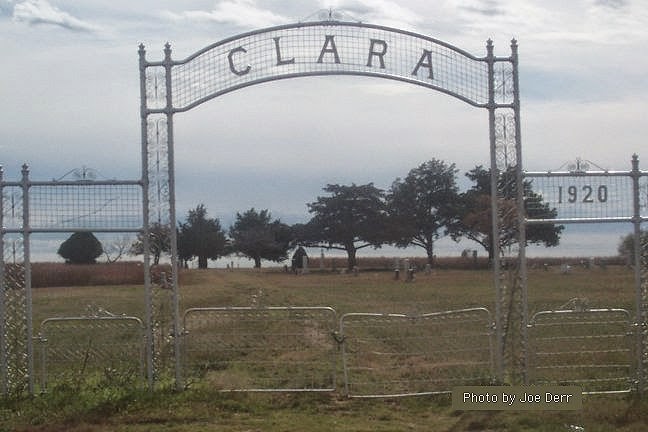 What's more interesting than a ghost town in your backyard? I learned the answer; a ghost legend that sprang up from the area.

Clara, Texas was founded by a German, Colonel Hermann Specht. Texans gave him the title but he was never in the military. Colonel Specht was instrumental in moving Germans from several states to North Texas. His dreams were high, and he set about to make them come true. He named the town after his beloved wife, Clara.

Colonel Specht's life faced a tragic end. He traveled to visit his brother in Germany. World War 1 broke out, and he was stranded. He died for away from the land of his dreams.

A woman by the name of Dorothy Crowder probably started the ghost legend in her book "Tales of the Red River Valley." Here's an excerpt:

The ghost of Colonel Hermann Specht can be seen on foggy nights walking between the headstones at the Clara Cemetery. Specht's back is rigidly straight in a military bearing, but he has a distinctive limp as he drags his left leg behind him. He is over six feet tall. His clothing includes a Prince Albert coat with boutonniere in the left lapel. Specht uses a cane to support himself. His face is gaunt, his eyes sunken. When he turns to see who dares to follow him, he shows no animosity, only sorrow. For Hermann Specht was a man who had a dream which withered and died before it was born.

... Colonel Herman Specht's ghost came into being one October morning when a reporter from KAUZ-TV called to ask if there were any good ghost stories in Burkburnett. He was told, "no, not in Burkburnett, but there is in Clara."

And, so the story spread.

When I discovered it, my granddaughter, Victoria, was going through her rebellious teens. As I love to do, I asked myself, what if ...

What if a young girl sad from lack of friends and feelings of rejection, met up with a sorrowing old ghost. Had Colonel Specht still work to be done in Clara Cemetery?

And, so the story Victoria and the Ghost was born. It's an inspirational, paranormal YA.

At fifteen, Victoria, a city girl, loses her mother’s love and copes with country isolation, no friends and no one who cares, until she meets a ghost.


Well, that's my first ghost legend for Weird Wednesdays, and the one that sparked my interest in ghosts. Watch next Wednesday for the ghost legend that I explore in the sequel soon to be released by 4RV Publishing. It's titled A Ghost for Shelley.

﻿
Posted by Unknown at 1:52 PM No comments: Links to this post