A Boost for Your Prayer Life with Author, Wade Webster & A Giveaway

I love meeting new writers, even if it's online. Recently, I was "introduced" to Wade Webster. His book sounds fascinating, and I desired to know more about him. After contacting him by Facebook and e-mail, we agreed that he would visit us today on Writing With God's Hope blog.

Don't forget to scroll all the way to the bottom and leave a comment for a chance to win a signed copy of Wade's book.

Wade, tell us something about yourself and your journey with writing and with Christ.

When you say yes to God expect to be surprised. That’s my experience. That, and dealing with doors in life.
I’m a member of a large church. Our adult fellowship is the size of an average church in America, about 150 folks. The year I was able to get plugged into the weekly prayer rotation to open the class was also the year my wife left me.
The leadership of the class asked me to step down. That’s the only explanation I received.
That was the same year the American Christian Fiction Writers opened email genre loops. I joined the children’s fiction loop. A member of that group began offering weekly prayers to encourage us, but complications in Sally’s life made it so she had to step away from that role. She offered it to anybody who wanted to continue the prayers. I decided to pick up that torch with the stipulation that if the prayers became weakly someone would tell me to stop.
I learned of people in the group I had never heard of from emails they sent me telling me how much my prayers spoke to them.
I found lists in the Bible to use as ideas for topics to pray about. The pieces of spiritual armor came first. The Beatitudes came before the 1 Corinthians 13 love chapter and so on.
After a year I realized I was writing enough for a small book. I kept going one week at a time until ACFW decided to move to Facebook groups instead of the email loops. I talked them into continuing the loop a few more months so I could write more prayers.
I composed the last few prayers to a non-existent group to come up with the quantity I was looking for. 100 PRAYERS OF A WRITER came about as an act of obedience not a plan to make a book.
To make the book appealing to a wider audience I edited the prayers. The plural pronouns became singular—we became I, us became me, and so forth. They now read like someone is praying them directly to God.
I took out some of the references to writing so every reader would benefit from the prayers.
In Matthew 18 Jesus tells His disciples they must approach God as a child. Many of these prayers do exactly that. The tone of the prayer is set by the attitude as we enter God’s throne room.
God, the Father, opens Himself to us each time no matter what we’ve done. Time with us is always His deepest desire.
I believe these prayers will help people come to God as they should. He’s to be the respected father figure and the familiar daddy who knows us well. Yes, it’s complicated, but do-able.


http://wadewebster.com is the website where you can find ordering information. You can get an autographed copy there or go to Tate Publishing or any mainline online retailer.


Feel free to subscribe while you’re there to receive my monthly newsletter and weekly biblical fiction-based devotional that I’ve been blogging into upcoming books. 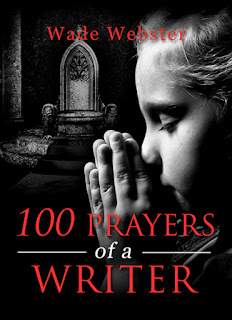 What is prayer? Prayer is a conversation with God.


What does God expect in your prayer? God wants you to pour out your heart to Him.


These prayers are not meant to be memorized, but experienced. This collection of prayers began as a weekly offering to the American Christian Fiction Writers' children's fiction email loop. 100 PRAYERS OF A WRITER combines Wade Webster's two greatest passions: talking to his Heavenly Father and writing. If your prayer life needs a boost, these prayers will give you the spiritual lift you're looking for. Experience a depth and honesty that only comes from a lifetime walk with God through Jesus Christ. Although these prayers were originally written to writers, everybody will grow in their understanding of their relationship with the Creator of the universe. People curious about how Christians approach God will have their eyes opened to what makes us tick. Enter the throne room of God as Jesus tells us to--as little children. Leave the same throne room with renewed hope and encouragement. Christianity wasn't meant to be a rote religion, but a living relationship. Your Father longs for your attention. 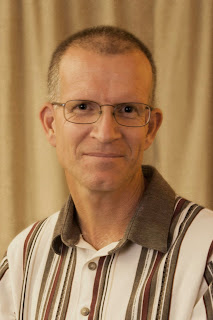 Wade Webster lives in Plano, Texas with his best friend, Jesus Christ. He gave his heart to Christ so young he doesn’t remember not being born-again. He attended Grace Bible College in Wyoming, Michigan sometime in the last century and gains most of his income from driving trucks. Yes, there are many born-again truckers out there, my friends. He blogs at http://wadewebster.com

And the winner is: Cheryl Rahkonen.

Yesterday, we drew the name from the comments to pick the one who won a copy of Victoria and the Ghost.. I'll be sending her the free book today.

Thank you all who commented for a chance to win. I hope you all won a free book on another site. I appreciate all the involvement in the Children's Book Week giveaway blog hop. We'll do it again. It was fun.
Posted by Unknown at 9:23 AM No comments:

Email ThisBlogThis!Share to TwitterShare to FacebookShare to Pinterest
Labels: books, children, free, giveaway, Victoria and the Ghost, winner, YA

Check below for other links to win free books

I'm very tech-challenged, so if that link to sign into the host blog doesn't come through, here is the URL link. Maybe, it will.
http://www.iamareader.com/2013/04/childrens-book-week-giveaway-hop-sign-ups-may-13th-to-19th.html