The Art of Misdirection in Mystery Writing by Terri Main

American Christian Fiction Writers gives support and encouragement to Christian writers. I belong to ACFW and participate on a yahoo loop with other writers from all over the world. I "met" a writer with unique perspectives on this online loop. When she asked for spots where she might guest, I volunteered my "Writing with God's Hope" blog.

Mystery writers will find Terri Main's article especially helpful. Writers can use this information whether we write romantic suspense, science fiction, women's fiction, or YA. 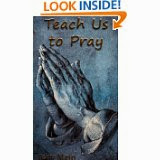 Now You See It: The Art of Misdirection in Mystery Writing

During my "misspent" youth, I played around with magic and illusion. I read many of the books by greats such as Walt Gibson, Doug Henning, Blackstone and others. I worked at a radio station at the time. My boss' girlfriend often waited in the office for him to pick her up. I practiced my tricks on her because she was such a perfect audience. All I had to do was capture her gaze, and I could walk a herd of elephants in front of her and she wouldn't notice.

In magic, this is called misdirection. You point to something and make it seem very important. You instruct the audience to not take their eyes off that object. In reality, that object is usually unimportant. While the magician is showing you the Ace of Spades in his right hand, telling you how important it is, he is fetching the queen of hearts from his pocket, ready to be lifted off the top of the deck he is very visibly and expertly shuffling.

This is where misdirection comes into play. I write mysteries that take place at the end of the 21st century in upscale underground communities on the moon. In one of these I have a scene where the killer, a bookstore owner, is chatting with my sleuth about books while cutting through a tape with a laser powered box cutter. He makes a casual comment about the tape melting on the lens of the cutter. Then he starts flirting with my sleuth and talking about their mutual interest in books. In fact, at this point, it looks like I'm building up a love story between them.

But 40 chapters later when a witness to the original murder shows up dead with a laser wound through her heart and a tiny bit of sticky residue, my sleuth knows exactly who did the deed, even though most of my readers have forgotten all about the box cutter. After all, I introduced many bits of exotic new technologies like tablet computers, screenless holoprojection and while you wait book printing and binding machines. Yes, it's hard to keep ahead of the science today.

The key is to try to make something seem very important which is not and make something that is important seem trivial. In this same book, the victim is found with a bloody head and a teachers award beside the body. The sleuths assume that the choice of the award was symbolic because a better weapon, a bronze tiger, was closer. In fact, it turns out the one assaulting the teacher was an art dealer and couldn't bring himself to use a work of art for his crime. Meanwhile several chapters were spent looking for someone who wanted a symbolic weapon.

And it turns out the assault didn't even kill him. He died from a poison that had been administered over a long period of time. The casual comments the victim made earlier in the book indicated he was feeling rundown, but just thought he was coming down with the flu. I made the bashed in head and the choice of weapon very important and the victim's flu-like symptoms forgettable. I pointed to one while bringing in another.

So, the lesson is for mystery writers like magicians get people to look at what's in your right hand, while you plant the real clues with your left. 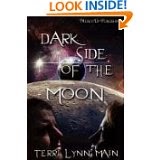 I am a retired college professor. I live in California's Central Valley where it gets hot in summer. I hate summer. Currently, I'm writing full time. I don't think of myself as retired as much as the college is paying me to write my novels and Bible studies. I've been published in just about every venue. Fiction, nonfiction, radio drama, live drama, video documentaries, novels and book length nonfiction. I've been traditionally published in magazine and book format, and I'm currently engaged in Indie writing publishing my own stuff and loving it. I live a fairly quiet life. I'm a life long single and live with my five cats. So, I'm keeping alive the cultural archetype of the Retired Old Maid School Teacher with Cats. I write science fiction...more

Thank you, Terri, for giving us such good information. Now, we'll all be watching for the slight of hand in fiction.

Terry Main has given us many books. I've pictured a couple of them from Amazon. You can purchase these or others at
http://www.amazon.com/Terri-L-Main/e/B009MDS5A8

Anyone for magic?
Posted by Unknown at 6:30 AM 9 comments: Links to this post