My guest today is H. L. Wegley. We met over the American Christian Fiction Writer's loop. I was one of those fortunate ones that won his new release in a giveaway recently. My first time to read one of Wegley's stories was a pleasant experience.

Check out the giveaway at the end of this post. Don't forget. Scroll all the way down.

Before I introduce Harry, I wish to share the Amazon review I put up for Moon over Maalaea Bay a few days ago.

Shows the nature of God through the characters' struggles

You may be wondering if you must first read books 1 & 2 of this series, but you can start with this book 3 & be instantly glued to the page. Wegley's research lends authenticity. He grounds readers into the love life of Lee and Jennifer as they begin their honeymoon in paradise with the future looking bright and hopeful until the bride and groom must face the challenge of their lives and their faith. Why does a loving God allow Christians to suffer persecution and pain? How does He show Himself faithful while they're caught in the clutches of the enemy's trap for revenge? Faith is tested to the limits. God shows up in small prayers and impossible situations. The author packs his story with as much of God's nature as that of the characters. Don't expect your sweet romance. The story will thrill, excite, and make you afraid. Moon over Maalaea Bay will answer many of your questions about "Where was God when ... "  Did I say you could win a free giveaway book at the end of this post?

Now, I want to introduce H. L. Wegley, the author of Moon over Maalaea Bay.
Harry, tell us about your new release. Explain a bit about why you wrote it. 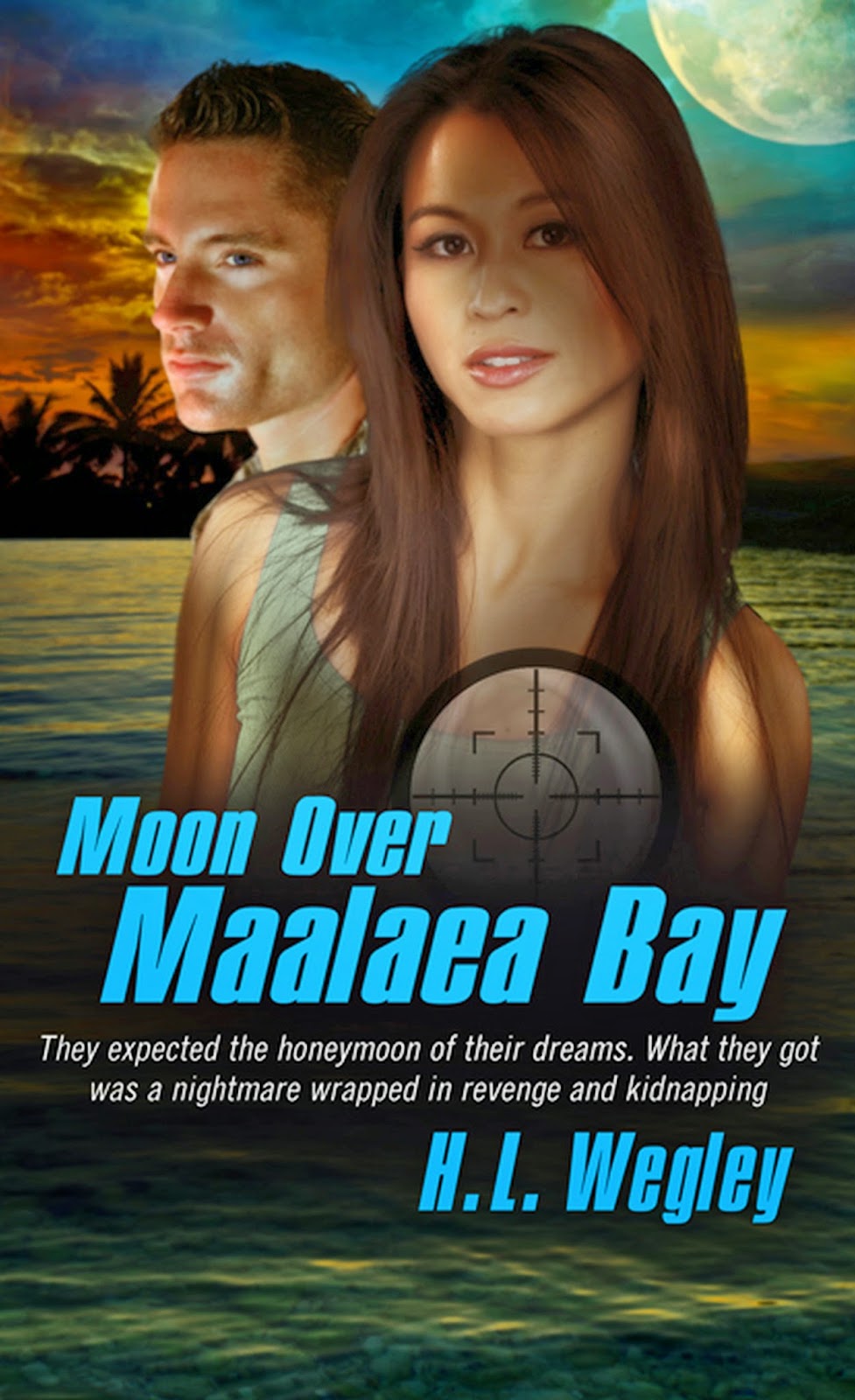 Moon over Maalaea Bay, completed the story about human trafficking which I began in the previous book, On the Pineapple Express. Rather than me giving you statistics about this cancer growing in American society, I’m going to defer to my heroine, Jennifer, and let you listen to her impassioned voice as she gives a speech at a high school:


“There is an epidemic, no, a pandemic of child trafficking. Its dark, evil thread has become deeply woven into the fabric of our society. First came ethical quandary, then a loss of our moral compass, followed by the proliferation of pornography and the view that prostitution is a victimless crime, perhaps no crime at all.


“Now we have children being lured by predators into a life they would never voluntarily choose, while others are snatched literally from their own front yards.


“The average lifespan of a young girl sold into sexual slavery is less than four years. If she is properly marketed in the right location, she will make four to five million dollars for her owner before she dies. Sex trafficking is so profitable that arms and drug dealers are incorporating it into their highly organized operations.


“The average age of girls entering prostitution is thirteen, but it drops every year. Next year it will probably be twelve. For every eighteen year old, how many nine-, ten-, and eleven-year-old girls are required to produce that average? You can do the math. The numbers paint an incredibly evil, ugly, perverted picture.


“Behind me are Katie, Melanie, and Kirsten. Katie was lured to the street in front of her house by a girlfriend, where she was grabbed and pulled into an SUV by two men. Someone abducted Melanie while she walked home from school in plain view of other classmates. A van pulled alongside, and Mel was gone. Kirsten went shopping at a mall with her mother. She left her mother’s side to visit the ladies’ room. Before she could rejoin her mother, Kirsten disappeared.


“I accidentally discovered the traffickers who abducted these girls while working on the Olympic Peninsula. My husband and I went searching for the place where the girls were held and I was captured, too. The traffickers held the four of us, planning to smuggle us out of the country and to sell us who knows where? Southeast Asia? The Middle East?


“Can you imagine what it feels like when a young girl who is helpless and hopeless catches a glimpse of what’s in store for her? Before I could find the traffickers’ holding location, a sixteen-year-old girl hanged herself with her own shoestrings rather than let the traffickers sell her.


“Sell her … that’s an understatement. Children are sold not once, but a dozen times a night for as long as they live.” Jennifer paused to let the information sink in. “And every thirty seconds, somewhere in the world, another girl is victimized by traffickers. In the United States, every two minutes someone’s daughter falls victim.”


Jennifer continued, telling each parent what to look for to prevent their children from being lured into prostitution, what precautions to take to reduce the chance of a child being taken, how to attack the epidemic at its roots—laws with deadly teeth, a moral awakening in the nation, and a sustained public outcry.


Near the conclusion of her presentation, Jennifer asked the three girls to stand. She gestured towards them. “Beautiful, aren’t they? That was their only crime. Look at them closely. Any one of them could be your daughter.”


If Jennifer’s words moved you, there are ways you can help fight this heinous crime against our children. I just googled “human trafficking Seattle” and on the first page of links found 5 local organizations where I could get involved at several different levels of participation to help fight trafficking. At the time I drafted On the Pineapple Express (2010) this wasn’t the case. But now people are becoming aware of the extent of this crime and many are taking action. I challenge you to google “human trafficking ______” and fill in the blank with the name of the closest large city to you. You’ll find information and ways you can make a difference.


Human trafficking is a depressing thing to contemplate. I don’t like depressing stories. Rest assured, Moon over Maalaea Bay is not that kind of story. I think you’ll like the characters and love the ending.


I agree, Harry, it's not depressing at all. Moon over Maalaea Bay brings hope to a dismal problem, even a little humor at times.  Tell us something about yourself. 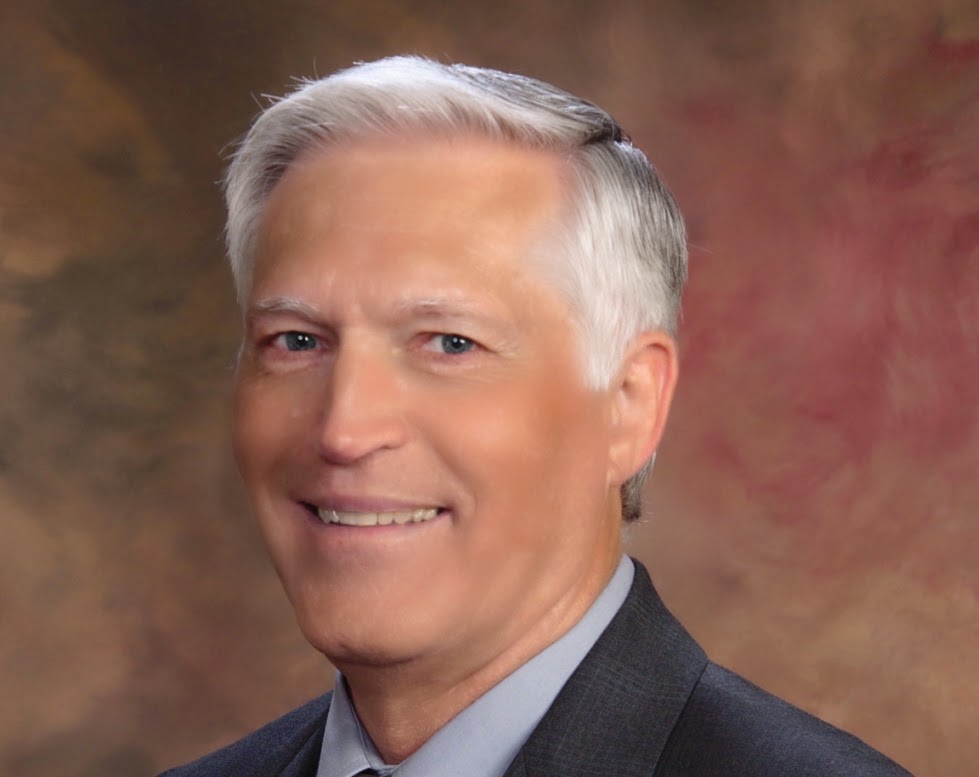 H. L. Wegley served in the USAF as an Intelligence Analyst and a Weather Officer. In civilian life he performed research in atmospheric physics. After earning an MS in Computer Science, he worked 20+ years in systems development at Boeing before retiring near Seattle, where he and his wife of 48 years enjoy small-group ministry, grandchildren, hiking on the Olympic Peninsula, snorkeling Maui whenever possible, and where he writes inspirational thrillers and romantic suspense novels.

What a treat to have you visit with us today at Writing with God's Hope blog. Thanks for teaching us more about human trafficking and for sharing the news about your book. I encourage others to buy and read it.


Now, here's Harry's offer to those reading this blog.

I will give the winner a choice of a signed, printed copy of any of the books 1 – 3 of the Pure Genius Series? Those books are:
1.      Hide and Seek – espionage romantic thriller
2.      On the Pineapple Express – human-trafficking thriller
3.      Moon over Maalaea Bay – Maui thriller
A printed copy offer is only for authors in the US or Canada. Other parts of the world must take an e-book. If, for any reason a winner prefers e-books, I can, instead, give them an e-book for just about any e-reader they might have.
All you need to do to be entered into the giveaway drawing is leave a comment below before midnight on July 19. Be sure to list your e-mail address, so we can contact you if you win. Good luck.