On Weird Wednesday today, I welcome Brandy Herr, an author I met recently while visiting Granbury, Texas. This lovely, quaint town southwest of Fort Worth teems with history and ghost legends. (See my previous post on the ghost tour I took in Granbury on another visit).

The town was hosting an arts and crafts festival. My friend and I stopped by Brandy's booth, and I purchased her book. (Authors must support each other) Besides, the book tells of many strange happenings in Brandy's hometown.

I asked Brandy if I could interview her today, and she accepted. First something about Brandy for those who have not made her acquaintance. Brandy Herr is the co-founder of the Granbury Ghosts and Legends Tour and the annual Granbury Paranormal Expo.  In February 2014, her book, "Haunted Granbury," was released by The History Press as part of their Haunted America series.  She is a member of Research and Investigation of the Paranormal and has participated in several ghost hunt investigations in the Granbury area.  Born in the Dallas/Fort Worth, Texas area, Brandy attended the Pennsylvania State University where she received her Bachelor's degree in public relations.  She currently lives in Granbury with her husband, their rescued dog, and two rescued cats.
Now, to my questions for Brandy: 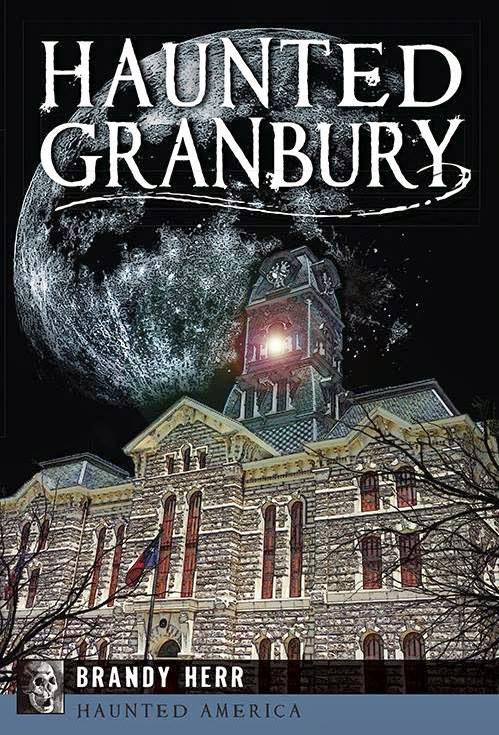 Established after the Civil War, the small town of Granbury has had time to stock its streets and historic buildings with ghastly tales and haunting stories. Legend has it that the notorious John Wilkes Booth escaped to Granbury after assassinating President Lincoln and that his spirit now haunts the Opera House, living out his dastardly crime day after day. On Houston Street, passersby may encounter the little faceless girl who met her maker after falling from a window watching a traveling circus. In Granbury’s old jailhouse, past inmates haunt their cells and leave messages for unwitting intruders. Author Brandy Herr delves into the devilish history of Granbury’s most haunted locations and delivers a healthy dose of a frightening and mysterious past.
Thank you for telling us about your experiences. I know some of you that frequent Writing with God's Hope blog don't believe in ghosts. Any comments?
Posted by Unknown at 7:00 AM No comments: Links to this post