James Callan, Slavery in 2016, and A Giveaway

Once before, I introduced you to my fellow author, James Callan. I've recommended his books before. Now I'm delighted to tell you about a new release for him called A Silver Medallion. James, tell us about it. Could You Walk Away?


On numerous occasions I have been asked why I wrote A Silver Medallion.  A few years ago, I read a brief story in the L.A. Times about a woman held a virtual slave. She was not held by chains, but by threats to harm her family left behind in a foreign country.  I found this a difficult concept.  Slavery? In the U.S.? In the twenty-first century?


I put the idea aside, but it kept popping back up in my mind.  So, I did a little research and to my dismay, I learned that this was not an isolated case.  It was rampant in the U.S. but most went unreported to authorities because of fear that harm would come to those left behind.


Every time I pushed this thought aside, it returned. Finally, I decided I had to write a book about it. I would not write a documentary.  It would be a fiction story. That was as close to the subject as I could force myself.


Bright, unadventuresome Crystal Moore discovers a young mother, Lucita, who is a virtual slave in Dallas, held by threats her two young girls will be killed if she escapes or even tells anybody of her situation. Crystal goes to the house where Lucita is held and while trying to get Lucita to talk to her, encounters the man enslaving Lucita.  The conversation with the man is brief and non-threatening, but Crystal leaves the place terrified.


She attempts to put this out of her mind. But she identifies with the two girls. Crystal's parents were killed when she was only seven. Now, she is plagued with nightmares about the children and after awhile, she sees three girls held captive and recognizes one of the three is herself. When she cannot forget it, she tries to find various ways to resolve the situation. None are acceptable. If she can get Lucita away, or the police rescue her, the children would be killed.


If becomes clear to Crystal that the only way to free Lucita is to rescue the two young girls first. Only when the girls are free and safe will Lucita dare to escape.


This means going into the jungles of Mexico and spirit the girls away from a ruthless drug lord. While Crystal knows this is not a smart thing to do, her heart will not let her turn away and she embarks on a dangerous mission to help a woman she has met only once and to rescue two young girls she has never met.


A Silver Medallion will release in early June. But, since Janet has been gracious and allowed me to tell you why I wrote this, I will send the first chapter to any of her readers who sends an e-mail address to jamesrcallan@gmail.com with "First chapter" in the subject line.


In 2015, young, naive Crystal Moore encounters a slave in Dallas, Texas -- a slave held not by chains, but by threats her two girls held hostage in the jungles of Mexico will be killed if she escapes.


To Crystal, it's clear. The children must be rescued first, or the mother will never escape.


Crystal will need the help of mysterious Juan Grande. If she succeeds, mother and children will be free -- and Crystal will have two powerful and ruthless men, one in Texas and one in Mexico. who will want her dead. 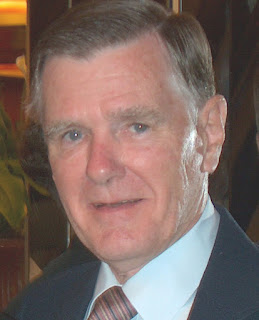 James R. Callan had a successful career in mathematics and computer science, receiving grants from the National Science Foundation and NASA.  He left the technology field to pursue his real love, writing.  He has had four non-fiction books published, but his passion is mystery and suspense novels.
His eleventh book is scheduled to be published in 2016.

Posted by Unknown at 5:30 AM 2 comments: Links to this post