Pen-L Publishing offers two new books to be released soon. I love to introduce since I like finding new books available.  Those of you that follow. Watch each month near the beginning. I do like Pen-L Publishing
Coming November 1st! Pre-order now!
www.Pen-L.com

The River of Cattle

Will Whitaker’s eleventh summer is one thrill after another.
A cattle drive with a famous Texas Ranger, a Comanche trying to steal his horse, a buffalo stampede, thirst-maddened cattle crossing eighty miles of alkali desert to a dangerous ford on the Pecos River—it’s almost more than Will can endure. He gets to work as a drover, riding his best friend Buck, a big buckskin stallion, until he is captured by a vicious Comanche war chief. And only his worst enemy can rescue him.
Two Feathers—half white, half Comanche—runs away from his tribe when he learns his uncle killed his white father. He sees Will’s horse and knows he is destined to have him, this great warrior’s horse. Camping alone and following the winding River of Cattle across the High Plains of West Texas, he tries again and again to take him. Will foils him every time, but Two Feathers comes too close and is captured by the drovers.
The two boys, both fighting the grief of their mother’s deaths, both without a true home, face death and danger separately, but eventually they must learn acceptance of each other’s differences or their mutual mistrust could lead them to disaster on the brutal Texas-New Mexico frontier.
Will they become brothers or mortal enemies?

Praise for The River of Cattle
“A compelling and triumphant introduction to the colorful bygone era of cattle drives. Alice Brock entertainingly weaves fact and fiction into a dual tale of high drama, where diversity and friendship must meet head-on to determine who survives.”
— Tim Lewis, Director of the Writing Academy at West Texas A&M University, author of Forever Friday
“Two boys, one a drover on a cattle drive, and one a Comanche runaway, tackle wilderness adventures in The River of Cattle. Each is mourning the loss of his mother. Will rides his handsome buckskin stallion named Buck. Two Feathers rides Old Pony and camps alone to prove he is a fierce warrior.
“When Two Feathers decides Buck should belong to him, the two boys wrestle and wrangle. But with Yellow Hawk chasing Two Feathers, cowboy and Comanche join together to survive the pursuit and try to figure out each other’s lifestyle.
“A rough riding tale in true Wild West fashion, The River of Cattle puts the reader in a saddle and gallops away with him!”
— Doris Fisher, author of Army Camels, Jackson Sundown, and Odd Day, Even Day, Half Day

Alice V. Brock learned to love Western books as a child when her father brought home a Louis L’Amour paperback Western and she fell in love with the cowboys galloping through those pages. Mr. L’Amour’s books, and TV shows like Gunsmoke, Rawhide, and Bonanza of the late ‘50s and ‘60s brought the West alive to her. The history of Texas and the Old West is full of real stories of those times. Her wish is to bring them alive for kids of today. The Old West has not disappeared, and Alice brings real people in the history of Texas and the Old West to her writing. Real people who lived in history and have descendants who live today.
Her chance to see cowboys in action came when she married and moved to her husband’s family ranch in Iola, Texas, where she watches the grazing cattle from her kitchen window. Her grandchildren are the fifth generation to live on the Brock Ranch.
To learn more about Alice V. Brock and her writing, visit her website at www.AliceVBrock.com. Watch for announcements about the next book in the Will and Buck series, Murder on the Pecos.
***************************
Coming November 22! Pre-order now!
www.Pen-L.com/DeathAndDonuts.html
Death and Donuts

– A Frankie and Josh Mystery –

Hollywood stars! Politicians! Betrayal! Murder!
And a by-the-book cop just trying to do her job in the middle of it all.
To solve the murder of a movie star just weeks before the Academy Awards, Detective Frankie Ryan has to navigate through a web of Hollywood secrets and political landmines, not to mention the “old boys club” in her own police department. The presence of a new designer drug and the deaths it is tallying up threaten to hinder her investigation and leave her without a suspect—and maybe out of a job. Even with the aid of psychic reporter Josh Harrell, there is more confusion around every corner. Trusted friends will turn on her, leaving her unsure who to believe and who might be in on the murder and conspiracy.
Can Frankie discover the killer before it is too late?

Stan Schatt, author of over thirty-five books, is a futurist, technologist, novelist, and a person curious about many things. His writing takes advantage of his many occupations ranging from autopsy assistant, telecommunications professor, and police department administrator to research director, literature professor and network manager. Schatt’s novels range from paranormal mysteries and science fiction adventures to young adult mysteries. His non-fiction includes books on technology as well as guides to Kurt Vonnegut and Michael Connelly. http://stanschatt.com/
Watch for those two now. I loved the sound of a middle grader. I've never read the below mystery. I may have to try that one. Do you have any questions or comments?
Posted by Unknown at 5:30 AM No comments: Links to this post

Blanche Day Manos, A Cozy Mystery and a Giveaway

I am honored to welcome one of my favorite cozy mystery writers Blanche Day Manos to Writing with God's Hope blog today. I love her Darcy and Flora tales, so I can't wait for this new one to release. Tell us about it, Blanche. 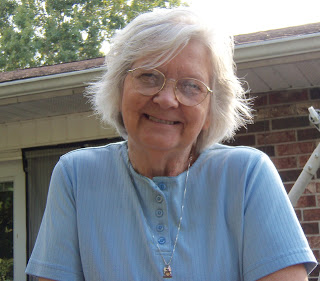 
During the rainiest July on record for the people of Ventris County in Oklahoma, in the midst of a violent thunderstorm, a stranger is murdered. When a friend becomes the second person to die under suspicious circumstances, local sleuth Darcy Campbell is drawn into the investigation. Evidence points toward someone she cares about, but has loyalty blinded her to the truth? 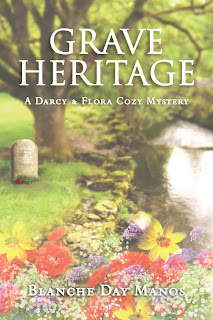 Danger is closer to Darcy and her mother, Flora, than either of them suspect. And if the human threat is not enough, Lee Creek and the Ventris River flood, bringing Mother Nature into the fray.

Has the whole world turned on Darcy and Flora?

The above paragraph pretty much describes the newest cozy mystery by Blanche Day Manos, Grave Heritage.  Fans of Darcy Campbell and Flora Tucker will recognize this book as the fourth in a series, following The Cemetery Club, Grave Shift, and Best Left Buried. It is available for pre-order now from the publisher, http://www.pen-l.com/GraveHeritage.html which will give you a chance to win a signed, free copy, or pre-order a Kindle book from Amazon: Darcy-Flora-Mystery-ebook/dp/B01KPDTHX2.

In the Darcy and Flora books, Darcy Campbell returns to her hometown of Levi, Oklahoma after the death of her husband Jake. Going to her childhood home to live with her mother Flora Tucker, Darcy expects peace and quiet and healing. Instead of a tranquil life, Darcy encounters greedy men, murderous secrets, and deadly danger. Mysteries swirl just beneath the surface of placid-looking Levi and some people want to keep them hidden. Darcy and Flora find themselves deeply embroiled in tracking down the bad guys.

In addition to the four Darcy and Flora cozies, Blanche has written the first book of a new series, Moonlight Can Be Murder. The protagonist, Nettie McNeil, faces danger when a deranged killer tries to add her to the list of murder victims. The entire story takes place during the month of December, a snowy month filled with renewed acquaintances, reviving a long-ago murder, and a killer who will stop at nothing to keep a secret.

You may read more about Blanche on her website: http://www.blanchedaymanos.com/, or from these additional sites:

Check also for books 1, 2, and 3 of the series. I highly recommend them.

﻿﻿
﻿﻿
﻿﻿﻿﻿﻿﻿
﻿
Thank you, Blanche, for sharing with us about book 4. Time to get in my preorder for that one and recommend it to all my viewers. If you like Christian fiction and cozy mysteries, this one is a win-win.
Don't forget: If you preorder before Sept. 19, you enter the drawing to possibly win a free signed copy.
﻿﻿﻿﻿﻿﻿
Posted by Unknown at 5:30 AM 5 comments: Links to this post 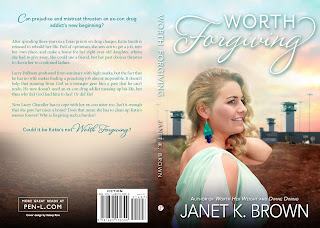 What a reason to preorder my newest book!

Worth Forgiving - Book II of the Wharton Rock Series

Prejudice and mistrust hinders an ex-con, drug addict’s new beginning. Could it be that Katie is not Worth Forgiving?

For those who preorder the book in August, 2016, Pen-L Publishing will enter into a drawing, so that one lucky person will receive, on release day Sept. 1, 2016, a signed copy absolutely free.

A new release for free and autographed too.

If not, you'll be one of the first to receive my new release.

Posted by Unknown at 3:08 PM No comments: Links to this post