I'm excited to have as my guest today multi-published author and gracious mentor to many, Lena Nelson Dooley. In 2006, my first year of studying writing and submitting my work, Lena blessed me by doing a critique of my first chapter while we both attended an American Christian Fiction Writer's (ACFW) conference. I purchased one of her books and have been her fan ever since. I highly recommend her blog (  http://lenanelsondooley.blogspot.com ) for inspiration, knowledge, and fun. She's known for her fantastic author interviews.


Today, I get to interview her.

Tell us a little about yourself.

I'm a wife, a mom, a grandma, and a great grandma. My family is very important to me, and now they all live closeby. I've been married to the love of my life for over half a century. We'll celebrate our 51st anniversary in November. And I write Christian novels.

Tell us about your writing journey. 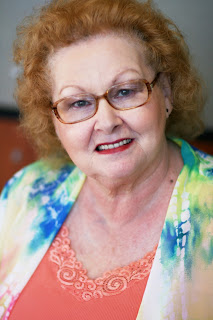 When I started writing novels in 1984, there were no writing groups around that I knew about. God has led me all the way. He put people in my path when I needed to know about something. It took 8 years to get my first book published, then 10 years before the second, but now there are over 30 different books out there with my name on them.


Did you ever feel like giving up?  And how did you press through this?


Yes. During those first 8 years, and even during the next 10, I questioned if I was doing what I was supposed to do. God had used several events in May 1984 to tell me to become a professional writer. (You can read the testimony on my web site: www.lenanelsondooley.com on the About Me tab.) When I would get discouraged, I traveled in my memory to that time. It sustained me.

What gave you the idea for this book? What is the book about?

http://www.janetkbrown.com/2015/09/an-interview-with-award-winning-author.htmlThe book we're featuring is A Texas Christmas. It's a novella collection with novellas by myself and 5 other award-winning authors. My story is Charlsey's Accountant. Here are the titles with blurbs from the back of the book:

Herald the Season of Love

Here Cooks the Bride by Cathy Marie Hake - Lacey Mather's delicious cooking is warming many hearts and stomachs--especially those of a closed-mouth blacksmith. But she has no plans to stay in Texas

A Christmas Chronicle by Pamela Griffin - Travis McCoy is a nomadic photographer with no time to put down roots, find a wife, and raise a family. But then he meets the unconventional Vivian Sager.

To Hear Angels Sing by Ramona Cecil - Bridget O'Keefe leaves Chicago to teach Indian orphans and quickly experiences the hostility the Comanche face from locals like Seth Krueger who blame then for the death of his parents.

The Face of Mary by Darlene Franklin - Mary "Polly" Jessup holds onto a promise of marriage made five years ago, but when Joey Carpenter returns from law school with a new outlook and a new girlfriend, her future hopes are dashed.

Charlsey’s Accountant by Lena Nelson Dooley - Charlsey Ames can rope, ride, and work the ranch with the men and never thought she's be attracted to accountant Harold Miller, III, a citified tenderfoot.


How do you feel this book will encourage people in their walk with Christ, or did you have something in mind like this when you wrote it?

Every book I write I like to show people how the characters can deal with their problems with the help of the Lord. I hope the book will encourage them to seek Him in their own problems.

Galveston Island on the Texas coast

If you could be a song, what would it be?

Zach Neese, a worship pastor at Gateway Church in Texas where I'm a member, wrote a song "The More I Seek You." I've told Zach that he writes the songs my heart feels. This one especially. Here's a link to a YouTube video of Kari Jobe singing the song: https://youtu.be/NI_1YliutzA

Where can your readers find you?

I'm on a lot of places online:


Where can your books be purchased?

Many of them can be found in Christian bookstores, some in Walmart occasionally. But all of the books I've written are on Amazon.

Award-winning author Lena Nelson Dooley has had more than 800,000 copies of her books sold. She is a member of American Christian Fiction Writers and the local chapter, ACFW - DFW. She’s a member of Christian Authors’ Network and Gateway Church in Southlake , Texas .

She has been on both the CBA Bestseller list and several Amazon Bestseller lists. Her 2010 release Love Finds You in Golden, New Mexico, from Summerside Press, won the 2011 Will Rogers Medallion Award for excellence in publishing Western Fiction. Her next series, McKenna’s Daughters: Maggie’s Journey appeared on a reviewers Top Ten Books of 2011 list. It also won the 2012 Selah award for Historical Novel. The second, Mary’s Blessing, was a Selah Award finalist for Romance novel. Catherine’s Pursuit released in 2013. It was the winner of the NTRWA Carolyn Reader’s Choice contest, took second place in the CAN Golden Scroll Novel of the Year award, and won the Will Rogers Medallion bronze medallion. Her blog, A Christian Writer’s World, received the Readers Choice Blog of the Year Award from the Book Club Network.

In addition to her writing, Lena is a frequent speaker at women’s groups, writers groups, and at both regional and national conferences. She has spoken in six states and internationally. She is also one of the co-hosts of the Along Came a Writer blog radio show.

Lena has an active web presence on Facebook, Twitter, Goodreads, Linkedin and with her internationally connected blog where she interviews other authors and promotes their books.

Thank you, Lena, for stopping by for a visit on Writing with God's Hope blog.