A Visit with James R. Callan

One of my favorite authors, Jim Callan, released a new book, Over My Dead Body, this month. I'm so excited for him. In honor of this new venture, Jim agreed to write a post for Writing with God's Hope blog viewers. I know you'll enjoy this cute, homespun story.


Grandmother and the Red Blood Cells

I sat down to write this post on Mother’s Day, so naturally I thought of my mother. She was a very special person, as most mothers are. Her formal education didn’t extend beyond high school, but nevertheless she had the best diction of any person I have known. She believed that how a person spoke reflected who they were and she taught herself to speak beautifully, with no regional accent, no mispronounced words, no grammar goofs.  She developed a superior vocabulary through extensive reading. Without formal training, she became an accomplished librarian.


But, once, she exhibited one small flaw – to me, at least. She took the doctor’s word as gospel.


But another mother straightened things out.


Sometime in my early years, I became anemic . Who knows why at that particular moment I had less healthy red blood cells than usual. I certainly was now suffering from malnutrition.  In fact, I had none of the conditions one might associate with anemia.  But for whatever reason, some of my red blood cells had gone walkabout.


The good doctor said my mother should feed me rice. There are many ways to fix rice, but mother came up with the least acceptable way.  She put it in front of me, I took one look and said, “Mush.”


And I refused to eat it.


As I had never refused to do things my mother asked, she was flummoxed.  She called the doctor, who said, don’t give him anything else. Just put it back in front of me at each meal until I got hungry enough to eat it.


I continued to refuse to eat that mush.


Maybe my white cells would also reduce, thus getting them in balance with the reds. Not a good idea, but then, I was only eight.


There were rumors, some of which persist even today, that my older sister smuggled bits of nourishment to me at night.  I don’t remember that – today.  But I do remember my grandmother.


Several days had past, and the same old bowl of mush rice, or rice mush, sat in front of me at each meal. But this day, my father’s mother was visiting.


Near the end of the meal, with the mush still untouched, my grandmother asked what was going on. My mother explained the instructions from the doctor.


Nana was a small woman, always smiling and cheerful. But she could be forceful. She looked around the table and ordered everybody out of the room. She would take care of this. Everyone left and her smile left also.


She took a small spoon of the rice and gave it to me. “Eat this.”


Nana only had sons, and I was her only grandson. So I was her favorite.  I knew she would make things okay. I took the spoonful of awful mush, and somehow managed to get it down without throwing up.


Then, Nana took the bowl of rice and dumped it in the trash. She called my mother in. “He’s eaten some rice. Now, let’s give this boy some dinner.” From there on, my diet returned to normal.


My red blood cells must have been encouraged. The next time the doctor checked, my blood was back to normal also.


Nana was so sweet everybody tried to please her.  Personally, I think the red blood cells decided they would please her also.

Jim's book isn't near so sweet. 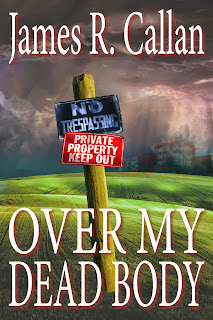 A large corporation is taking land by eminent domain.  Syd Cranzler stands in its way, threatening a court battle. After a heated meeting with the corporation representative, Syd is found dead from an overdose of heart medication.  The police call it suicide. Case closed.
But Father Frank, Syd’s pastor, and Georgia Peitz, another member of the church, don’t believe Syd committed suicide and begin to look for clues of what really happened. Will this affect ’s romantic interest in the lead detective?
When the priest is almost poisoned, they convince the police to investigate further. Immediately, Father Frank becomes the target of rumors and speculation he might have had something to do with Syd’s death.
The more clues Father Frank and uncover, the more danger they find themselves in. Can they find the real killer before they become victims?

Wow, that sounds exciting, Jim. Love who-done-its. Where can we purchase a copy? 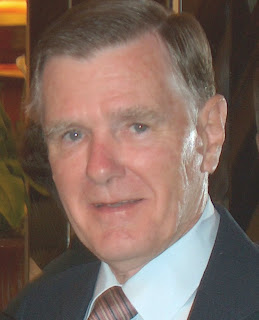 After a successful career in mathematics and computer science, receiving grants from the National Science Foundation and NASA, and being listed in Who’s Who in Computer Science and Two Thousand Notable Americans, James R. Callan turned to his first love—writing.  He wrote a monthly column for a national magazine for two years. He has had four non-fiction books published.  He now concentrates on his favorite genre, mystery/suspense, with his sixth book releasing in 2015.
Website:  www.jamesrcallan.com/
Blog:  www.jamesrcallan.com/blog
Twitter:   @jamesrcallan
FB:  James Callan
Thanks for visiting the Writing with God's Hope blog again. I always enjoy having you as my guest. I loved your story and am eager to read the new book.