Regular Writing with God's Hope blog followers know that I cherish the opportunity to introduce you to some of my favorite writers. Hope abounds in Christian books, both fiction and non-fiction. Today, I'm honored to interview a great "online" friend, Peggy Blann Phifer. I've read her fiction and heartily recommend it. She offers an entertaining read with a Christian worldview.


Peg, tell us something about yourself.


I was born in Upstate New York and have lived in Connecticut, Wisconsin, Arkansas, Michigan, and Nevada. I'm now back in Wisconsin. It wasn't until I passed the half-century mark that I started taking my random scribblings seriously.
Did you ever feel like giving up on your writing?
And how did you press through this?
Oh, yeah, I wanted to quit more than a few times. What writer hasn't? But I'd been bitten by the writing bug by then and pushed on through. Especially after I was sure God had given me a task to write the stories He gave me.
What gave you the idea for this book? How did you find your publisher? 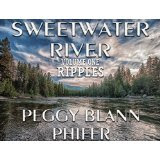 I combined these two questions together because they're intertwined.
In late 2013, Kathi Macias approached me to write a short story for a compilation she was working on called "Twelve Days of Christmas." I jumped at the opportunity, signed a contract and ended up writing my story called "Best Laid Plans. The publisher was Helping Hands Press.
Since then I have signed four more contracts with HHP, the current one being a series of my own called "Sweetwater River."  This stemmed from a character I created in my second contract for 'Summer in Sweetland' and carried on through the next two series' ''Tis the Season in Sweetland' and 'Sonrise in Sweetland.' All of these focus around foster care and adoption.
At the end of that series, my publisher asked if I wanted to do a series of my own, and the rest is, as they say, history.
I am currently writing Volume 3 in this series. 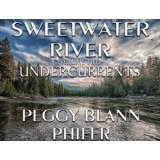 How do you feel your latest release will encourage readers, or did you have something in mind like this when you wrote it?


I'm hoping my readers will not only enjoy this series, but realize the trauma that is the result of being in the foster care system. And the joys of being a foster care mom, and the delight of adopting these kids-even the older teens, providing them with a forever home they'd never had.
If you were a song, what would it be?
Oh boy. It would have to be 'Amazing Grace' or perhaps an old, old chorus we sang years ago, 'Thank You, Lord, for saving my soul.'
What do you like to do when you’re not writing?
Read-on my Kindle-my eyes are no longer good enough to read print books anymore. I used to do a lot of craft work, and crochet, but arthritis has put a crimp in that.
Tell us about your book.
I've already mentioned some of it above. The Sweetwater River Series is about Rozene Gentry, a widowed, middle-aged woman, who finds herself involved with four girls in the foster care system. Troubled teens, three of them about to graduate from high school, which essentially disqualifies them from foster care, and they have to leave the Youth Acres Group Home where they've been living, and Rozene takes them into her own home until they can get on their feet and learn how to cope in the real world on their own.
And of course we have some romance and tragedy along the way. Saying more at this point would be spoilers.
Volume 1: 'Ripples,' and Volume 2: 'Undercurrents,' have already been published. Their buy links are embedded in their titles. I'm currently working on Volume 3: 'Moorings' and hope to have it released soon. 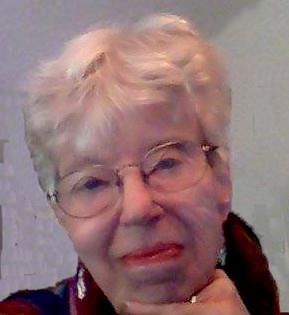 Author Peggy Blann Phifer, a retired executive assistant after twenty-one years in the Electrical Wholesale Industry, lives in the ‘boonies’ of NW Wisconsin. A late bloomer as far as writing is concerned, Peg’s first published work was a prayer that appeared in 2000 in a Guideposts Book compilation called Prayers for Every Need. Her debut novel, To See the Sun, a contemporary romantic suspense, released in January 2012. A novella, Somehow, Christmas Will Come, contemporary women’s fiction, released in November 2014, re-released in late 2015. Her work has also appeared in numerous anthologies and she is currently writing a series of her own called Sweetwater River. Peg is represented by Jim Hart, of Hartline Literary Agency.
Social Media Links:
FB: www.facebook.com/pegphifer
TWITTER: www.twitter.com/pegphifer @pegphifer
PINTEREST: www.pinterest.com/pegphifer
LINKEDIN: www.linkedin.com/in/peggyblannphifer
GOOGLE+: https://plus.google.com/+AuthorPeggyBlannPhifer/posts
GOODREADS: https://www.goodreads.com/pbphifer
BLOG/WEBSITE: www.whispersinpurple.com
AMAZON AUTHOR PAGE: https://authorcentral.amazon.com/gp/profile
E-MAIL: peg@peggyblannphifer.com


What an honor to have you visit the Writing with God's Hope  blog, Peg. Thank you. I'm eager to dive into this Sweetwater River Series.
Posted by Unknown at 5:30 AM 4 comments: