I'm excited to introduce a new author, Lily Iona Mackenzie, She teamed up with my publisher, Pen-L Publishing, for her first book. 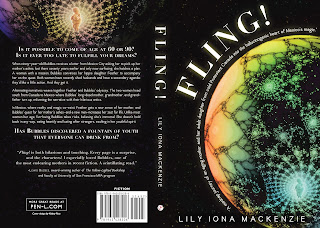 In honor of her book's release, I interviewed Lily, so that my viewers and I will know more about her. For those who follow the "Writing with God's Hope" blog, this isn't a Christian book. It is a humorous one, and I believe you'll find Lily's story interesting.

First of all, what is your book, Fling, about?

Is it ever too late to fulfill your dreams?

When ninety-year-old Bubbles receives a letter from Mexico City asking her to pick up her mother's ashes, lost there seventy years earlier and only now surfacing, she hatches a plan. A woman with a mission, Bubbles convinces her hippie daughter Feather to accompany her on the quest. Both women have recently shed husbands and have a secondary agenda: they'd like a little action. And they get it.
Alternating narratives weave together Feather and Bubbles' odyssey. The two women head south from Canada to Mexico where Bubbles' long-dead mother, grandmother, and grandfather turn up, enlivening the narrative with their hilarious antics.
In Mexico, where reality and magic co-exist, Feather gets a new sense of her mother, and Bubbles' quest for her mother's ashes-and a new man-increases her zest for life. Unlike most women her age, fun-loving Bubbles takes risks, believing she's immortal. She doesn't hold back in any way, eating heartily and lusting after strangers, exulting in her youthful spirit.
Has Bubbles discovered a fountain of youth that everyone can drink from?


Where did you get the idea for your book?

Fling? I think it began because I was curious about my mother’s mother, someone I had never met. My grandfather, a former Scottish schoolmaster, had immigrated to Calgary, Canada, hoping to find a better life there for himself and his family. Meanwhile, WWI broke out, and his wife and four kids couldn’t join him for seven years. When they did, my grandmother couldn’t adjust to the brutal winters or to her husband. After being there a year, she moved out, refusing to put up with my grandpa’s meanness, and became a housekeeper for a wealthy family. The story is that her boss took her to Mexico with him. She never returned. I wanted to try and recreate what life might have been like for her once she left Canada, and that then brought in a number of other characters that inhabit the novel.

Definitely an interesting starting point.  How did you find your publisher?


Are you working on any other projects that you can tell us about?

Fling is just one of four novels I’ve completed. Another publisher has contracted to publish Bone Songs in 2016. Freefall: a Divine Comedy and Tillie: Portrait of a Canadian Girl in Training are the other two.  I’m also a poet, and All This, a poetry collection was published in 2011. When I hit a dead-end in a novel, I write short stories and essays. I have enough of both to fill two books. I’ve done all this while helping to raise two stepchildren, teaching writing part-time at the , and serving as vice-president of the part-time faculty union. I try to allot one hour a day to writing on most days of the week, and it’s amazing how much one can accomplish in just that period of time if it’s consistent.

What kind of books do you enjoy reading?

I like books that challenge me intellectually and offer me new horizons as a reader and writer: that make me see the world differently. I’ve read most of W.G. Sebald’s work. I also love Roberto Bolano. Marquez is a great favorite, as is anything from the magic realist vein. I’ll read anything by Anne Enright, an Irish writer. And so many more. It’s hard to state how varied my bookshelf is.

What has your writing journey been like so far?

I didn’t begin writing seriously until I was in my mid-thirties. I had been a high school dropout and a single parent. I was in my late twenties when I finally earned a GED and was able to attend college. It took a long time to discover and trust my voice. But it’s all been worth it.

Where is your favorite place to vacation?

My husband and I wish we had more time (and money!) to travel as we love to investigate new cultures and to visit great museums. We try to take a BIG trip every two to three years. We’ve been to Morocco, Spain, Portugal, Istanbul, Russia, and Scandinavia in the past few years. Now, we’re off to Italy for a month’s immersion.

Wow, what a trip. Enjoy. Tell me a fun fact about yourself.

A friend and I created a children’s radio show modeled after “Let’s Pretend.” It aired for two years on a Marin County California radio station, KTIM (no longer in existence). We both enacted and created the scripts for the show. Many of them are available on my blog. 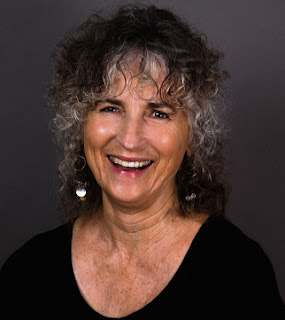 A Canadian by birth, a high school dropout, and a mother at 17, in her early years, Lily Iona MacKenzie supported herself as a stock girl in the Hudson’s Bay Company, as a long distance operator for the former Alberta Government Telephones, and as a secretary (Bechtel Corp sponsored her into the States). She also was a cocktail waitress at the Fairmont Hotel in San Francisco, briefly broke into the male-dominated world of the docks as a longshoreman (and almost got her legs broken), founded and managed a homeless shelter in Marin County, co-created THE STORY SHOPPE, a weekly radio program for children that aired on KTIM in Marin, and eventually earned two Master’s degrees (one in Creative writing and one in the Humanities). She has published reviews, interviews, short fiction, poetry, travel pieces, essays, and memoir in over 145 American and Canadian venues. Fling, one of her novels, was released today, July 1, 2015 by Pen-L Publishing. Bone Songs, another novel, will be published in 2016. Her poetry collection All This was published in 2011. She also teaches writing at the University of San Francisco, is vice-president of USF's part-time faculty union, paints, and travels widely with her husband. Visit her blog at: http://lilyionamackenzie.wordpress.com.

Thank you, Lily, for visiting with us on the "Writing with God's Hope" blog. I wish you lots of luck with your writing now and in the future. I appreciate your sharing your walk with us.

Posted by Unknown at 5:30 AM No comments: Links to this post