Which character tells the story? That's a decision a writer must make. The reader will know the  point of view character's thoughts, words, and actions. Everything filters through that character's way of looking at the happenings. Conflict comes into the story due to the fact that other characters have different "points of view."

Is that not true in marriages or friendships? Through many years of marriage, I'm still amazed that my husband and I look at things from opposite angles. If I take one route to church, Charles will take another. If I assume he will do one thing, he instead does something I would've never dreamed. God made no two persons alike, but the old saying is true. "Opposites do attract."

Never was this fact more evident than on our recent vacation to Yellowstone and the Grand Tetons.
.

By the first day, I suspected a problem. By the second day, we had all-out war. By the third day, we faced a period of readjustment.

I believed our trip was open-ended. We would strive to get to Yellowstone the quicker route, taking about three and one half days. We would stay at Yellowstone six days, but then we would go or stay as we pleased. I didn't expect a specified day of return. After all, isn't that the joy of being retired, or in Charles' case, semi-retired?

Upon further discussion, I learned that Charles had given his office a certain day that he would return. That date hurried us back as quickly as we had gone.

The battle was on.

In a relationship, only compromise can keep the peace, so we both needed to readjust our plans. Charles extended the dates and planned a new route home that would take us to new scenery. I gave up my idea of "come back when we're good and ready," and decided what we could see in the length of time we could be gone.

That period where both Charles and I readjusted our plans got me to thinking. That's how it is with us and God sometimes. We plan our day or our lives. God throw a curveball into our set agenda, our scheme, our schedule. The only move we have is whether we'll fight His will, or readjust? 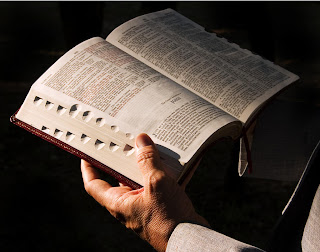 I leave you with my favorite verse in the Bible.

And we know that all things work together for good to them that love God, to them who are the called according to his purpose.
Romans 8:28
Posted by Unknown at 10:33 AM

Good job! This is very interesting place. I can get as many information I need for my assignment. best handheld gps

Thanks, Maria. I love giving out helpful information as well as inspiration.