Here on my Writing with God's Hope blog, today I wish to welcome a new writing friend, Diana Wallis Taylor. I met her last September in Dallas at the ACFW conference and immediately liked her.

Diana, you were telling me about an interesting concept of a flood of retirees starting writing as a second career, sort of like you and me.

Yes. Claude Nougat wrote a book on “Geezer Guys and Gals” the baby boomer generation writing books. I appreciate the fact that many of my generation are becoming published authors, but in spite of the chuckle at the misnomer, I don’t consider myself a geezer. What you have are people who have raised families, worked full time, and now in their retirement years, fulfill their dream of becoming an author. My first book was published by Revell when I was 71 even though I’d been writing since I was 12. I love the research involved in writing Biblical Fiction, and taking a woman who has been maligned or shown in a negative way and portraying her as God sees her. This has resonated with my readers. I’ve more books coming, so Grandma Moses, move over!

I agree, Diana. Yeah! Tell us about your latest book. 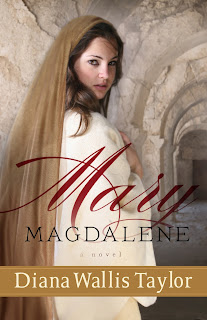 Mary Magdalene - A beautiful girl blossoming into womanhood, Mary has high hopes for a life filled with learning, family and young love. In one dreadful night, all of that changes. The nightmares come first, then the waking visions of unspeakable terror, until Mary hardly remembers her dreams for the future.

Can the Most High deliver her from this torment? How long must she wait for healing?

Diana, as you know, I bought your book at ACFW book store. I loved it. It was different than any other I had read. The research you must have done is super. More than anything, I could identify with a young girl who lived so long ago and met Jesus while He walked on earth. 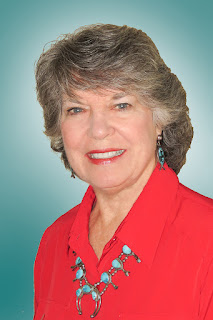 Diana Wallis Taylor is an award winning author, who is completing her fifth book of Biblical Fiction. She has written three other books including a book of poetry. Along with her books, her writing has appeared in various compilation books and magazines. Diana wrote the words and melodies to an Easter cantata called “Glorious” recently completed with her fellow collaborator, Carolyn Prentice, who did the music. It will be published in June, 2013. Diana lives with her husband Frank in San Diego, California. Between them they have six grown children and nine grandchildren. She enjoys speaking and sharing her heart with women of all ages.

Thank you so much, Diana, for telling my viewers about you and your book. Thanks also for the introduction to Claude Nougat and her writing about Geezers.

Find Diana at her webpage: http://dianawallistaylor.com/
or on Facebook at: https://www.facebook.com/diana.w.taylor

Janet, thank you for having Diana on your blog today. Boy does her story resonate with me. The past four years writing has become my fourth career. Diana, I've been writing for a very long time and at the ripe old age of 70 was beginning to think my time had past. Thank you for the injection of encouragement and hope you've given this morning.

This is so encouraging. I thought I was too old. Thank you.

Diana, Nice to hear another story of writing after retirement, which is exactly what I've done, with one non-fiction book and four (soon to be five) novels published by a traditional publisher. Yes, there is life after retirement (and it's beginning to interfere with my golf).
Janet, thanks for introducing us to Diana.

Thank you all that have stopped by & commented. Richard, I understand. After publishing my first 2 books with a traditional publisher & working on promotion while writing more books, my husband keeps saying "I thought you were retired." Guess not.

Diane, Sue, and H.L., I sure found the story of Claude & her Boomer Lit fascininating & encouraging.

training to be a life coach said...

Woah! I’m really enjoying the template/theme of this site. It’s simple, yet effective. A lot of times it’s challenging to get that perfect balance between usability and visual appearance.

Oh, wow, training to be a life coach, thank you for the compliment. It would have to be simple. That's all I can do. Ha! God bless.