Today is the last of 3 authors on the Writing With Hope blog this week, but not by any stretch, is she the least. Sharon Srock writes about women that use their faith to do extrodinary things. I love that topic. First, Sharon agreed to give us a devotion to think about as we set new goals for the 2013.

Take it away, Sharon.

Is the prize in the Journey or the destination?
by Sharon Srock

Acts 8:26-40 is the story of the apostle Philip and his ministry to the Ethiopian man in the Gaza dessert.

My favorite part of the story is the last 2 verses.
39 And when they were come up out of the water, the Spirit of the Lord caught away Philip, that the eunuch saw him no more: and he went on his way rejoicing.
40 But Philip was found at Azotus: and passing through he preached in all the cities, till he came to Caesarea.

Now, my Bible tells me that Azotus was about 25 miles away from the dessert. Can you say “beam me up, Scotty”?

I looked, and I asked around, and I could not find another place in the Bible where God cut out the journey from point A to point B. There may be other places, but they must be pretty scant and far between if my Christian Facebook friends couldn’t come up with another example either.

I have a theory about this. Could it be that the journey, and the things we learn along the way are at least as important as the destination?

Think about this.
Saul was not the king God wanted for his people, but he reigned 40 years while God’s choice (David) ran for his life, struggled with hardship, and living with the enemy.
Moses was up on that mountain for 40 days while God wrote down His laws.

God spoke the world into existence and then took five more days to get it just right.
God wanted his people out of Egypt but He didn’t lead them in the most direct route. Exodus 13:17 And it came to pass, when Pharaoh had let the people go, that God led them not through the way of the land of the Philistines, although that was near; for God said, Lest peradventure the people repent when they see war, and they return to Egypt.

And even after 40 years in the dessert, once the people crossed over to the promised land, it was a while before they “arrived”. Exodus 23:29-30
29 I will not drive them out from before thee in one year; lest the land become desolate, and the beast of the field multiply against thee.
30 By little and little I will drive them out from before thee, until thou be increased, and inherit the land.

Go back to my verse in Acts. God could have put David on the throne overnight, chiseled out those commandments with a snap of His finger, Blinked the world and everything in it into existence in a second, and moved His people out of Egypt straight into their permanent home. Why not?

Because I believe that the journey, and the lessons we learn while we’re on it, are as important as the destination. I think David learned compassion while he ran for his life, God’s children learned trust in the dessert, and Moses learned patience from his place of reluctant leadership. I have to think that God enjoyed the act of taking His time with every living creature and blade of grass. I think He smiled when he finished with some of the animals in the garden.

God called me to write twenty-five years ago, but I didn’t sell my first book. I didn’t sell the first version of the second one. It took time, and along with lessons in the craft of writing, I’ve made new friendships, discovered un-mined depths in old ones, learned the value of taking my dreams to the Father for fulfillment, and struggled through lessons in trust, patience, and obedience. I’ve still got a long way to go.

Why did God transport Philip from Gaza to Azotus? There must have been nothing to learn along the way.
What are you learning on your journey?

Great, thought-provoking words, Sharon. I can sure identify with that journey to writing thing. Thank you.

Sharon Srock lives with her husband, Larry, and two dogs in Rural Oklahoma. She is a mother, grandmother, and Sunday School teacher. Sharon has one and three-quarters jobs and writes in her spare time. Her favorite hobby is traveling with her grandchildren. 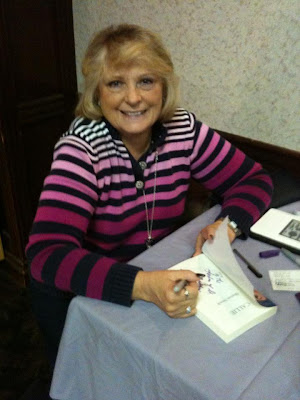 Tell us something about your latest release.

Three dire circumstances. Three desperate prayers. One miracle to save them all.

Callie Stillman is drawn to the evasive girl who’s befriended her granddaughter, but the last time Callie tried to help a child, her efforts backfired. Memories of the tiny coffin still haunt her. 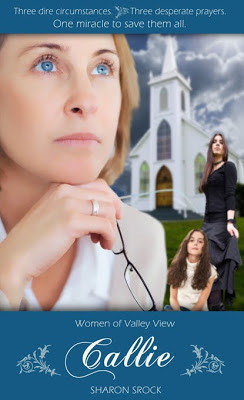 Samantha and Iris Evans should be worried about homework, not whether they can pool enough cash to survive another week of caring for an infant while evading the authorities.

Steve Evans wants a second chance at fatherhood, but his children are missing. And no one seems to want to help the former addict who deserted his family.

For Steve to regain the relationship he abandoned, for his girls to receive the care they deserve, Callie must surrender her fear and rely on God to work the miracle they all need.

Thank you, Sharon. I just upped that book to my got-to-read-soon list.

I hope you discovered a new author to read this year from these three: K. Dawn Byrd, Laurie Alice Eakes, and Sharon Srock.

Let us know if you have.

Wednesday, I'll be back on schedule with blogging about health and nutrition for the new year. See you then.

Thanks for such great encouragement, Sharon. Sometimes we forget that the journey is the process.

Davalyn, thanks for stopping by. Glad you found encouragement from the post.

I so appreciate your words of inspiration, Sharon. Thanks, Davalyn for your comment. So true.

Thank you Sharon for reminding us to enjoy the journey. This can be so difficult- especially when the journey can take many years! Thank you for the inspirational words.

Jenny, If we can enjoy and learn, the journey is worth it.

Hi Sharon, lovely devotion and a message I needed to remember. I have no patience at all and that's my struggle dealing with a time-table not my own. Blessings to you and Callie.

I loved your devotional, Sharon. I have often thought of this life here on earth as our training ground for our forever life. Sincerely in Jesus, Marriott Cole, author, Grace, Miracles, and Chocolate

Tanya and Marriott, thanks for your kind and encouraging words. I'm afraid God left patience out of the formula when he made me. It continues to be a difficult lesson to learn.

Boy, Jenny, I was reminded by your words of a long journey that we had. Handling things for a day or two is one thing, but for years? That's a whole new thing & not fun.

Marriott, I've been thinking on your comment of this being a training ground for our forever life. I think heaven is more a reward for the journey we successfully traveled.

This sounds like a book I want to read. Your words are encouraging to those of use who have been at it for so long.

I agree, Sue, Sharon's books does sound good. Love Christian fiction. We're so blessed to have such writers out there.