4RV Publishing Co. honored me with my first book contract in 2011. They released my debut novel, Victoria and the Ghost, an inspirational, paranormal YA on July, 2012. During the same time frame, they released another debut YA for my new friend, Melanie Robertson-King. Our publisher, Vivian Zabel, entered both of our books in the Kansas Book Festival in Sept. 2012. I drove from Wichita Falls, Texas. Melanie flew from her home in Brockville, Ontario, Canada, and so we met and relished in our newfound status of published author.

Her debut novel is A Shadow of the Past. 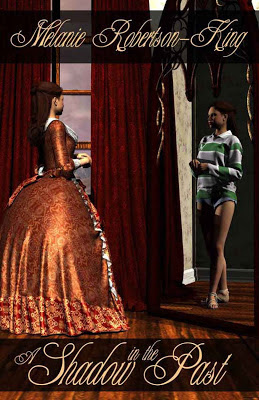 I purchased her book. Melanie writes with a distinct style and quite different from this poor Texas girl, and I loved it.

I found Melanie a delightful woman. She's helpful, kind, and interesting. I asked her to be a guest on my Writing with Hope blog today and tell us something about herself.

You will enjoy making her acqaintance. I urge you to read her book. 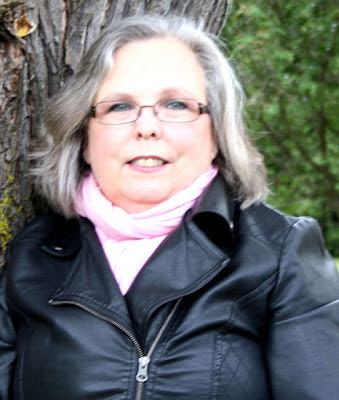 Thanks for inviting me here today, Janet, to talk about my writing journey. I’m going to go back a bit further than that to give you a better idea of who Melanie Robertson-King is, and what makes her who she is today, which I suppose is part of my writing journey.

I grew up as an only child so had to learn to amuse myself from a very young age. For most of that time, books were my best friends beginning with The Little Golden Books that my mother or father (depending on what shift he was working) would read to me at bedtime. I moved on from there to The Bobbsey Twins, Nancy Drew and from the time I got my first library card, read an eclectic selection of books from the children’s and adult’s sections there.

I developed a vivid imagination growing up and would tell or write stories. I always did well in English classes, especially the writing part. Looking back, I wonder if any of my teachers thought that one day, I’d become a published author.

Well, the summer I graduated from elementary school, I started writing and illustrating a story. There was little plot and it went on and on and on. Thankfully, secondary school began and this never-ending story came to an end.

I always knew my Dad was raised in an orphanage in Scotland before he immigrated to Canada but it wasn’t until the genealogy bug bit me that I delved into my own heritage and made myself the promise that I was going to travel to Scotland and visit my father’s birthplace in Aberdeenshire and the orphanage where he was raised.

In 1993, I kept that promise I’d made to myself and on my own (never flown before either) made that trip across the ocean to Scotland I’m not sure if that’s when the wheels started turning or not, but I was inspired by the rugged beauty of the country, and its broodiness in foul weather.

Return trips with my husband in 1997 and 1999 (I schmoozed with Royalty on this trip when I met Princess Anne at the former orphanage) and reading Diana Gabaldon’s Outlander series really set the wheels churning. A friend and co-worker who had read my short stories fuelled the fire even more when she told me I should try writing a book because she thought I could do just as good a job.

My debut novel began its life as a (not-so-well written) novella or novelette depending on the word-length guidelines you use, or as I referred to it back then an overgrown short story because I had never heard of a novella or novelette. Talk about being green, but even back then, I had taken events from the news and worked them into my writing.

Another friend and co-worker who believed in me stumbled upon an advertisement for a creative writing course so I signed up and by the time I was finished, that overgrown short story, then entitled Sarah’s Gift, had been expanded into the first draft of my novel.

Many drafts, new characters, and umpteen more revisions later, and just as many rejections, I was about to give up. One of the editors I pitched told me that Sarah’s Gift didn’t do my story justice. She loved the premise of the novel but still rejected it saying it wasn’t for her.

But things did turn around for me. With the help of the members of the Ottawa Romance Writers’ Association and my local group, Writers’ Ink, I had a new title – A Shadow in the Past – far more thought provoking and indicative of what my novel was about.

I read about an online writing conference on one of my Scottish writer friend’s(Rosemary Gemmell blogs where there were workshops and the opportunity to pitch to publishers and agents. I signed up and got a pitch appointment with Vivian Zabel, President of 4RV Publishing. I mean nothing ventured, nothing gained. The pitch session went extremely well and I was asked to submit.

The next while, I worked at making my submission as perfect as I possibly could and on Thanksgiving Monday (Columbus Day in the US), I sent it off. According to the 4RV website, it could take some time to get a response, so I was completely gobsmacked when later that evening, I had a return e-mail saying they were offering me a contract.

And that’s been my publishing journey from the very early days until now – October 2011 contract offer, January 2012 assigned an editor and my cover (which I had input on), and finally September 2012 when my book made its debut at the Kansas Book Festival where you and I met for the first time. Since then, I hosted a launch in my hometown, did a twenty-one stop, fifteen day blog tour, and did signings at various seasonal events in the lead-up to Christmas.

The one line that best describes my book (I think so anyway) is “When a contemporary teen is transported back through time to the Victorian era, she becomes A Shadow in the Past…”

Blurb:
Nineteen-year-old Sarah Shand finds herself thrust back into the past. There she struggles to keep her real identity from a society that finds her comments and ideas strange and her speech and actions forward, unlike Victorian women. When Sarah verbally confronts confining social practices, including arranged marriages, powerful enemies commit her to a lunatic asylum. After falling in love with the handsome Laird of Weetshill, Robert Robertson, she must decide whether to find her way back to her own time or to remain in the past with him.

How exciting, Melanie, to hear your journey to 4RV Publishing.

My journey started with a friend recommending I attend Oklahoma Writers Federated Inc. conference in May, 2011. This exciting conference hosts many big name editors, agents, and authors. I pitched Victoria and the Ghost to Vivian Zabel of 4RV Publishing and, like you, Melanie, the rest is history.

Thanks, Melanie Robertson-King, for being my guest.

For my viewers, feel free to comment or send me an e-mail, a tweet, or a Facebook message if you have any questions for Melanie or me or any inquiries about publishing with 4RV. Obviously, Melanie and I are well pleased with this tradional royalty-paying, professionally-handled small press.
Posted by Unknown at 10:32 AM

Thanks so much for hosting me on your blog, Janet. I look forward to returning the favour next month.

I actually love time travel romance and this one sounds delightful. I'll put it on my to buy list.
Angie

A writer is nothing if not determined, Melanie. Love the description of your book (long and short) and the title is just perfect. :) xx

Not everyone can nail it with time travel but Melanie can, Angela. Yes, Sheryl, determination makes the difference.

Nancy, I think you'll enjoy it.

Thank you for this post. I love to hear about the path to publication from other writers. Sounds like an interesting story--love time travel and anything Scottish (my DH's ancestry).

Me, too, Sherida. How exciting to read about Scotland if you have a tie to it. Melanie makes it live.

What a wonderful story behind the story. Findint information about your father's life must have been very rewarding. Orphans have a special place in my heart. My mother was an orphan too. Your book is waiting for me to read. Looking forward to meeting your characters.

Thanks for adding my book to your "to buy" list, Angela.

I so love Scotland that I would be very happy living there and in the area either where my Dad was raised (the setting for my novel) or where the Orphanage was where he was raised.

Believe it or not, Beverly, he wasn't an orphan when he and some of his siblings went there. His father was still very much alive but had suffered a stroke and was unable to look after the children.

Sheryl, sometimes I've been told I'm too stubborn for my own good. In this case I'm glad I was because otherwise, A Shadow in the Past would never have seen the light of day.

What part of Scotland is your DH from, Sherida?