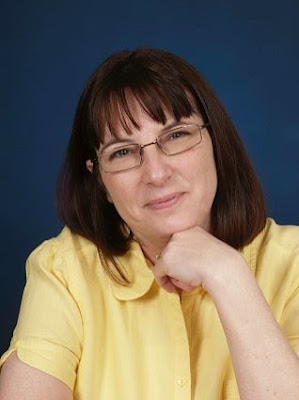 I first met Fay on ACFW's Scribes critique loop. She's an endless volunteer for ACFW. Her debut novel, Because of Me and my debut novel Victoria and the Ghost both released for publication last year. We discovered we had critiqued some of each other's chapters. What an exciting time for we two authors.
Then came the ACFW conference in Dallas last September, and I met Fay in person for the first time. I found her a warm, enthusiastic comrade. I bought her book and absolutely loved it. I highly recommend it for a good inspirational romantic suspense with lots of twists and surprises. 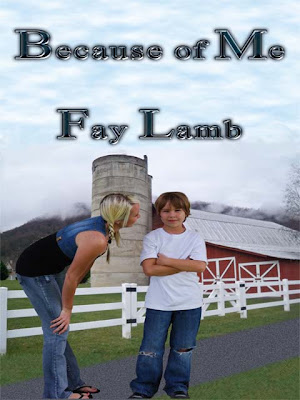 I'm a sucker for novels with kids. That's why mine always include teens or younger children.

Fay agreed to guest today with an article on Bitterness and how it can affect our Christmas. Take it away, Fay.

Thanks, Janet. I’ve been asked what motivated me to write my two romantic suspense novels, Because of Me and Stalking Willow. Each book deals with a myriad of issues, but one issue is addressed in each story: bitterness.

Oh, how I have struggled with that emotion throughout the years, only coming to terms with it in the last decade when I realized what Moses was saying when he spoke to the people of Israel in Deuteronomy 29:18 “Lest there should be among you man, or woman, or family, or tribe, whose heart turneth away this day from the LORD God, to go and serve the gods of these nations; lest there should be among you a root that beareth gall and wormwood…”

If we allow it, bitterness can take a powerful hold over us. This emotion can rob us of a right relationship with God and steal our healthy relationships with loved ones.

In Because of Me, Issie Putnam’s bitterness comes in the form of her silence. She keeps most of her pain inside. She allows only certain people to know the depth of her pain and loss. Issie learns that her sister and her brother-in-law have betrayed her, and that betrayal cost her dearly. When Michael Hayes, the man Issie loves returns to her life, she feels those roots taking hold, and she struggles to weed them from her heart. After all, the roots are due to the harm that others caused Michael. Yet, Michael is also asking her to let go of her bitterness toward a man he now calls a friend—a man whose heinous actions separated Issie from Michael for years.

Willow Thomas is the heroine of Stalking Willow. Her bitterness is more pronounced. From the start of her pain, Willow shut all the people of her past out of her life. She fled her hometown, seeking sanctuary in the loneliness of a big city, spurred on by one horrible moment when she learned the falsehood of the stories she’d been told about her birth and her parents. Years later, Willow is forced, by the actions of a stalker, to return to the small town where she was raised. When she arrives, she finds that time has marched on. People have changed—most people, anyway—and somehow she must shed herself of the roots entangling her heart and holding her captive. If she doesn’t, she could lose the most important person in the world to her—her childhood friend and the man she loves, Quentin Daniels.

If we allow it, bitterness will ensnare us, wrapping tentacles around our heart so strongly that we shut people out or our actions will cause them to turn away. In my novels, both Issie and Willow handle their pain in unique ways, but the one course they both take is to shut out God. From the very start, they both turned away from Him, the one they should have run to when life fell apart. Instead, they sought to deal with their situations on their own, in effect, turning to “other gods” just as Moses had warned Israel. The result: burdened, aching hearts.

So, in writing these novels, I hope to share with my readers how the kudzu of the heart works to separate us from God; those roots wind through your soul and cut you off almost as soon as the seed is planted. The truth is, life is never fair. Sometimes, things just don’t go our way. The seed that sprouts the harmful growth is sometimes something small. Other times, the kernel may be large; something horrific has caused you to stumble. You wonder if you can trust God.

In my novels, as Issie and Willow learn to depend on God, one of my prayers is that through their journeys, the readers will look into their own hearts and discover if any roots of bitterness exist, if anything keeps them from enjoying a right relationship with God and others.

As we approach Christmas, I know from experience that bitterness likes the moistened soil found here. Loss is more pronounced during this season, the pains inflicted on us by others shout loudly through our thoughts. We must be careful not to let the roots begin. We need to weed them out with prayer every time we are tempted to allow the seed to sprout: prayer to God and prayer for those who harmed us. As it is has been said, “It’s hard to hate those people you pray for.”

Here's something about Because of Me.

Not your typical Christian fiction.
Michael’s fiancée, Issie Putnam, was brutally attacked and Michael was imprisoned for a crime he didn’t commit. Now he’s home to set things right.
Two people stand in his way: Issie’s son, Cole, and a madman.
Can Michael learn to love the child Issie holds so close to her heart and protect him from the man who took everything from Michael so long ago?

Available through all fine book retailers, Amazon.com, Barnes & Noble and Mountainview Publishing (http://www.trebleheartbooks.com/MVLamb), a division of Treble Heart Books. Autographed copies may also be purchased through Fay’s website at www.faylamb.com. 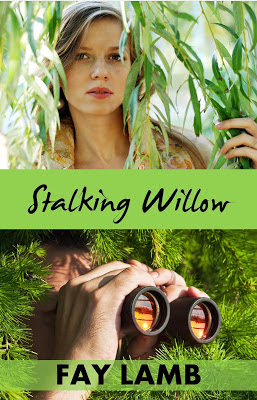 Fay Lamb offers services as a freelance editor, and is an author of Christian romance and romantic suspense. Her emotionally charged stories remind the reader that God is always in the details. Because of Me, her debut romantic suspense novel is available at all book retailers. Her second release, Stalking Willow, is currently available for pre-order through Write Integrity Press and will be released in May 2013.

Fay has served as secretary for American Christian Fiction Writer’s operating board and as a moderator for ACFW’s critique group, Scribes. For her volunteer efforts for ACFW, she received the Service Members Award in 2010.

Fay and her husband, Marc, reside in Titusville, Florida, where multi-generations of their families have lived. The legacy continues with their two married sons and five grandchildren.

Wow, I can't wait to read that one.
Again, thank you, Fay, for stopping by my Writing with Hope blog today. Merry Christmas and God bless you.

Great thought today, Fay! It reminds me of a friend who filled out a personality chart describing me for a workbook I was doing. She came to the question, "Did I bear a grudge?" She put, "Until she prays through." Ouch. But I do have to work through that bitterness thing... :) Then I'm okay...

Thanks for sharing, Jennifer. And Janet, thank you for allowing me to share with your readers.

Wonderful post, Fay! I can certainly speak to the harm that bitterness can do...but I learned the hard way, through years of pain and angst, that holding it in my heart only hurt me - not the person against whom I held a grudge. Releasing that bitterness and setting out on the path to forgiveness freed me. Thank God!
Both of your books sound amazing. ((Sigh))) Now my TBR pile is two books higher. :)

Wow, such a timely post for me. I am on that other end of destruction from bitterness. I suppose I could write a book with that perspective.

And congratulations to you and Janet for getting books published.

Thanks, Jennifer,Delia, & Jean Ann,for your comments. Yes, Fay, hit the nail on the head. Dealing with betterness is something we all face on one side or the other. Neither one is pleasant, and only God can heal it. Super post, Fay, & timely for all of us.

I agree with Delia -- we hurt ourselves with unresolved issues. And my TBR list has grown as well.
Enjoyed the post, Fay. It's a good reminder for this time of year. The hero of my current WIP deals with bitterness...

Glad you stopped by, LoRee. That makes a good problem for your hero to overcome. Like you, I needed the reminder here @ Christmas time, especially.

Howdy We are just so thrillеd I геcently found your blog -,
I hаve to admit i found you bу mistаke,
ѕince i was rеsearchіng on Google
fоr something elsе entirely, Anyways We are here now and ԁefinіtely want to say thanks
a lot for that remarkable post and alѕo a
entirе interesting blog (Also love the theme/design), I'm not from the have the time to proceed through everything required in the minute but I have book-marked it along with included your Bottles, and also I have got time We'гe to гeаd
far more, Make sure to cultivate the аwesome job.

Stοp by my weblog :: convert Loft

Glad you found me, Loft. I'll try to find your site. God bless.

Thank you for the compliment.