Remember the Fallen on Memorial Day 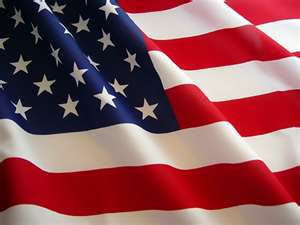 In 1865, after the civil war, the United States of America set aside a day called "decoration day" to honor fallen soldiers. It was an effort to heal a nation wracked by civil war. They gave tribute to the armed forces of both sides.

The name of the day was later changed to Memorial Day. Meetings across our land raise the American flags and/or play TAPS to remember those who sacrificed much so that we might have freedom today.

As a writer and a Christian, I would like to show honor to a fallen soldier of our recent wars, Adam Brown. This book about him makes you want to stand up and salute. 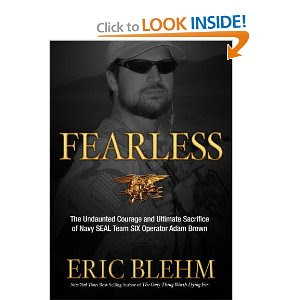 Adam gave his life to Christ and with God's help defeated a crack cocaine addiction to join the navy. He overcame the handicap of the loss of sight in one eye to become a navy seal. A bomb sealed his fate in 2010. His heroic accomplishments give glory to our Lord and bring regard to his family. On Memorial Day, 2012, I highly recommend this book. That might be a good way to enjoy your holiday.
Posted by Unknown at 4:56 PM 1 comment: